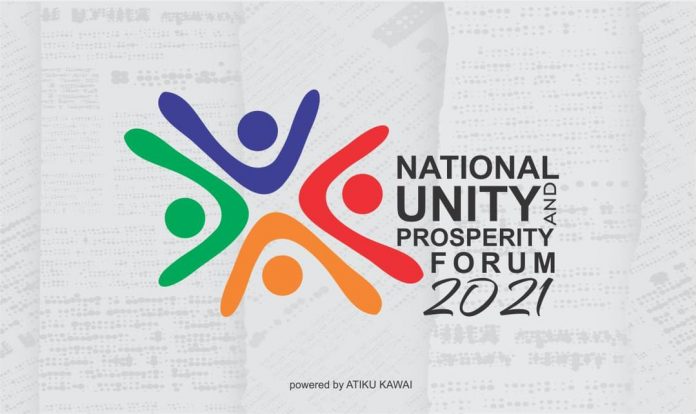 POLITICS DIGEST- The AtikuKawai Media Group is set to begin a national town hall meeting towards canvassing support for the presidential ambition of a former vice president, Atiku Abubakar.

“As a form of participatory democracy, the AtikuKawai Media Group is set to hold interactive sessions with Nigerians in the six geo-political zones via town hall meetings.

“We are going to listen to Nigerians across the states of the federation. We will ask them the kind of government they would like to have in 2023, and how their next leader should govern their affairs,” the statement.

The maiden edition will be held in Kano on December 4.

The guest speaker at the event is the Deputy Governor of Zamfara State, Mahdi Gusau, while Shehu Sani, a renowned activist, will be the keynote speaker.

Discussants at the event will be a former lawmaker, Dino Melaye; a former commissioner for Agriculture in Kano, Baraka Sani and; a youth activist, Ahmed Adamu.

Themed “Making a Case for National Unity and Prosperity”, the meeting aims to engage both relevant stakeholders in nation building and the electorates, hear the community’s views on public issues as it affects the entire country and, consequently, seek ways of finding solutions to such issues.

The group also called on President Muhammadu Buhari to end insecurity and unite the people before he leaves office.

“We urge President Buhari to end showboating and address insecurity which is disrupting the economy of our dear country. He can put a stop to the killings of Nigerians and unite everyone within the little time left for him and the APC to leave the stage.

“The National Unity and Prosperity Town Hall meetings are specifically designed to encourage wide social interaction between us and members of the public on burning issues such as unity, national prosperity, failed leadership, and the way forward

“The state of our dear country needs urgent collective efforts in order to stop the growing negative vices that affect human life, the welfare of Nigerians and governance.

“Sadly, the present government is overwhelmed with incompetence and cluelessness on how to perform its statutory roles effectively.

BREAKING: Ganduje faction loses as Court strikes out motion for stay of execution