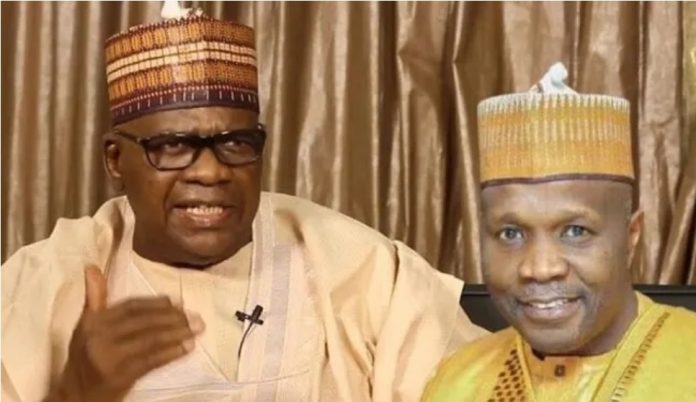 POLITICS DIGEST– The Sardaunan-Gombe, Dr Jamil Isyaku Gwamna has condemned the recent incident that happened in Gombe when thugs attempted to block Senator Muhammad Danjuma Goje entering into Gombe.
This was contained in a statement made available to Politicsdigest in Abuja.

The statement said the development is undeserving and highly disrespectful to a leader and a father whose influence has not only benefitted Gombe but Northeast and Nigeria as a whole.

The attempted blockage by whoever organised such should be seen as a major set back on the ideals of what politics represents in Gombe state.

Gombe remains peace loving by all standards and this explains why everyone sees it as home and such must not be jeopardized on the altar of personal interest or unpopular politics.

We have been known to be well cultured politically in Gombe state and we must continue on that part by continually giving honour to whom honour is due.

We celebrate our heroes in Gombe, we don’t disrespect them, hence the attack which is alien to us must not be allowed to repeat itself especially in the interest of peace and development going into 2023.

Senator Goje has raised and mentored many as well as empowered a lot of persons who are very much relevant in the political architecture of the state today and as such must be given that salute as a political general.

Attempt to deny Senator Goje access to a state he so contributed to its development in an unmatchable manner is an act of ingratitude which Gombawa, home and abroad cannot be proud of.

Let’s embrace peace and stability as the way to go because we have no other state to call home except GOMBE.

Dr Gwamna, therefore, calls on security operatives to conduct thorough investigations to ascertain if the attack was sponsored or not and anyone found guilty must be dealt with in line with the provisions of the law.