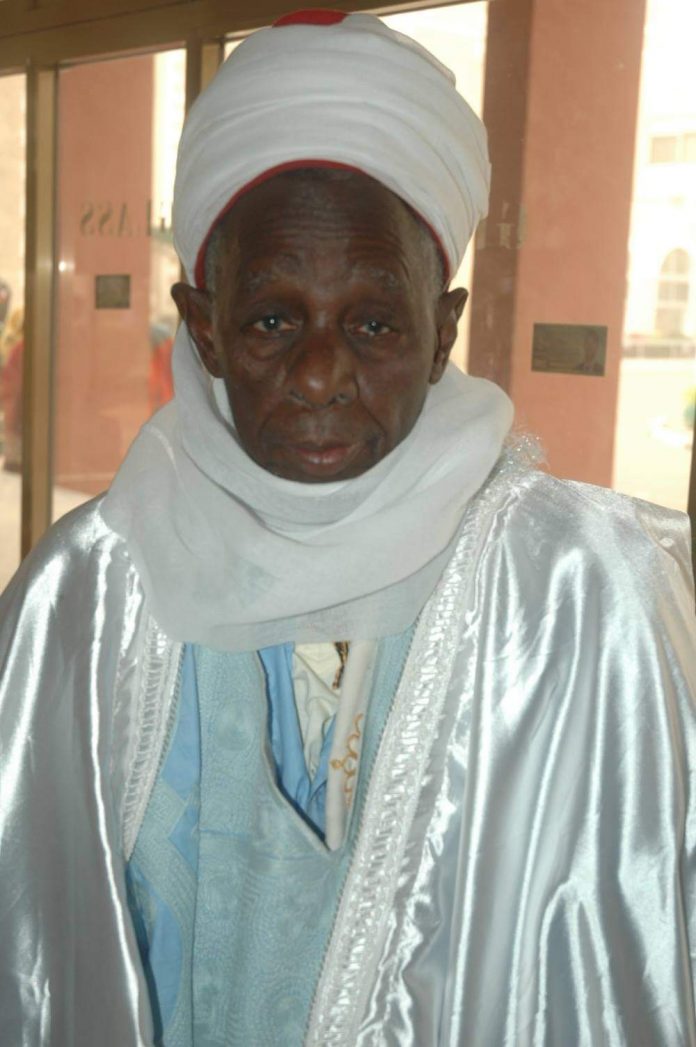 POLITICS DIGEST gathered that Dr Muhtari Adnan died in the early hours of today after a brief illness according to family sources.

According to a historian and writer on Kano Emirate Ibrahim Ado Kurawa, Adnan was born in 1926. He attended Dambatta Elementary School, Kano Middle School and Zaria Clerical School. He started his working career in the Kano Native Authority where he served in various capacities before his elevation to the position of Sarkin Bai. He was a Member of the Federal House of Representatives during the first Republic.

He was also appointed the first Kano State Commissioner for Education in 1968.

He is currently the longest serving member of the Kano Emirate Council since the establishment of the Emirate in 19th century.