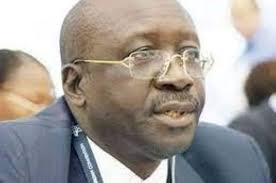 Barely two weeks after the successful conclusion of its national convention, the Peoples Democratic Party (PDP) is still basking in the euphoria of the emergence of Senator Iyorchia Ayu as its new national chairman.

Ayu, being a consensus candidate, was officially elected at the convention in Abuja with overwhelming YES votes.

Since his emergence, there has been this renewed feeling of optimism around Wadata Plaza that a new Sheriff who will guide the party away from crisis into victory in 2023, is in town.

But who is this Iyorchia Ayu?

Ayu was born on the 15th of November, in 1952 in Gboko, Benue state. He was educated at the University of Jos where he later became a lecturer. He was a firm believer in Marxism and as a lecturer of sociology, he was radical in his teaching. He joined Academics Staff Union of the Universities (ASUU), and later became its chairman, Jos chapter.

After joining politics in the early 90s, he became popular among his Tiv ethnic stock in Benue state. He then contested for Senate, under the platform of Social Democratic Party, (SDP) in 1992, won the election and became the Senate President. He was later impeached before the entire third republic was aborted.

From February 1994 to February 1995, Ayu was the Minister of Education in the Abacha regime. He was replaced by the late Wada Nas. Ayu then joined pro-democracy groups that campaigned for an end to military rule.

During the transition period, Ayu campaigned for Olusegun Obasanjo of the PDP after which he served as Minister of Industry for about two years.

He went on to serve as Minister of Internal Affairs, from June 2003 to 2005 and the National ID card project began during his tenure.

Ayu who was also Minister of Environment between June 2005 and December 2005 later had a political disagreement with President Obasanjo and was dismissed from office without explanation. He was one of the casualties of the Obasanjo-Atiku feud.

During the 2007 election when Atiku joined Action Congress (AC), led by Bola Tinubu, Ayu also defected from the PDP to join the AC.

He was appointed as the Director-General of the Atiku Campaign Organization in the February 2007 presidential election.

Senator Ayu later returned to the PDP with Atiku ahead of the 2011 elections which the latter lost the primary to President Goodluck Jonathan.

The duo left the PDP few years later and was part of the founding fathers of the All Progressives Congress (APC) ahead of the 2015 elections.

They left again in 2017 ahead of the 2019 election in which Atiku was the presidential candidate of the PDP.

Not much was heard from Ayu since Atiku lost the election until his name surfaced in the media few months ago as one of the likely successors of Secondus who was being pushed out by party strongmen.

On his announcement as the new chairman of the major opposition party in that historic convention, Ayu said: “PDP will come back to unite our people, put them together, north and south, east and west.”

He called on Nigerians to join hands with the party to rescue the country from the shackles of bad governance, insecurity and disunity which he claimed the APC represents.

PDP Leadership: Why Wike, other Governors Rooting for Dan Orbih

SARS Reforms: a Meeting with the Founder, Way Forward

The Ibrahim Agboola Gambari That I Know, By Babafemi A. Badejo

Tambuwal to Bag Silverbird’s ‘Man of the Year Award’