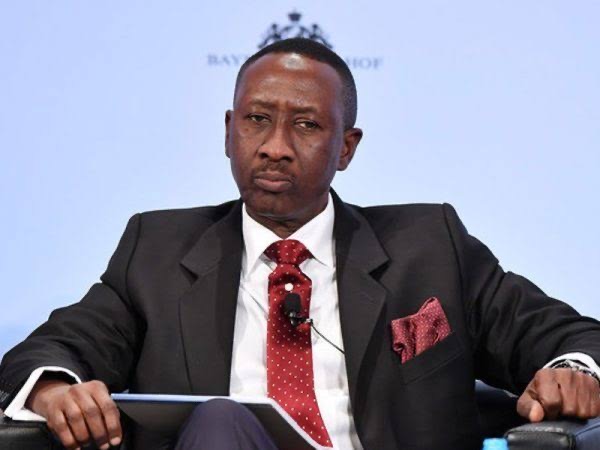 Missing $1b Arms Funds: Nigeria Has Been Swindled — PDP

The party in a statement on its Twitter account @OfficialPDPNig asked the National Security Adviser (NSA) Babagana Monguno, who made the allegation, to “commence a system wide investigation as well as place certain @OfficialAPCNg leaders and their cronies in the Presidency under watch to ensure that none of them escapes from the country to evade justice.”

The opposition party claimed that the allegation “goes to further validate the anxieties in the public space that the money, which was in 2017 sneaked out from the national coffers without appropriation, has since been diverted to private purses.”

It claimed that Presidency officials “have been struggling to divert attention from this huge swindle by claiming that the money was spent for the purchase of 12 Super Tucano planes, which it also claimed would be delivered in 2020 only for the NSA to now declare that the entire fund cannot be traced.”

It added: “Four years down the line, nobody has seen the Super Tucano planes and no explanation has been given by the @MBuhari Presidency over the whereabouts of the money.

“Our party recalls how, instead of offering explanations when the issue was first raised in July 2019, the @MBuhari Presidency resorted to hauling insults on the @OfficialPDPNig and other patriotic citizens, while making hollow, disjointed and uncoordinated claims, which the NSA’s assertion has now exposed to be lies and fabrications.”

It said stealing money meant for purchase of arms to protect the people is an unpardonable sacrilege.

“Perhaps this could be part of the reason the @MBuhari administration and the @OfficialAPCNg leadership of the @NGRSenate hurriedly conferred diplomatic immunity to the erstwhile service chiefs, under whose command the humongous sum grew wings.”

The PDP said President Buhari, as the commander-in-chief, “must take the full responsibility of explaining the whereabouts of the money as the buck stops only on his table.”

It also called for a joint public hearing of the National Assembly to investigate the whereabouts of the $1bn as well as other monies meant for security purposes.

The NSA had said on Friday that he was quoted out of context on the matter.

His office said Munguno did not categorically say that monies meant for arms procurement were missing under the former Service Chiefs.

It said: “We would like to state that the NSA was quoted out of context as he did not categorically say that funds meant for arms procurement were missing under the Former Service Chiefs as reported or transcribed by some media outlets from the BBC interview.

“During the interview, the National Security Adviser only reiterated the Federal Government’s commitment to deal decisively with insecurity and stated President Muhammadu Buhari’s continued commitment to provide all necessary support to the Armed Forces, including the provision of arms and equipment.

“In the interview, the National Security Adviser clearly informed the BBC reporter that Mr President has provided enormous resources for arms procurement but the orders were either inadequate or yet to be delivered and that did not imply that the funds were misappropriated under the former Service Chiefs.

“The NSA also informed the reporter that Mr President is following up on the procurement process as is usual with contracts relating to military equipment, in most cases the process involves manufacturing, due diligence and tedious negotiations that may change delivery dates.”

What NSA Monguno said on money voted for arms by Buhari

Below is the transcription of what Monguno said in the interview:

“On the banditry, we didn’t say we wouldn’t discuss… some respected leaders have recommended some options towards resolution

But how come you couldn’t address insecurity in the country?

Not that we couldn’t address the insecurity. The President had done his best in providing adequate resources and a huge amount of money but the (arms) equipment were NOT Bought and have NOT ARRIVED… Now the president has brought in new people (Service Chiefs) maybe the new people will bring in new strategies.

I am not necessarily saying the immediate past service chiefs stole the money… But the money somehow went through some channels which I don’t know and many others do not know too as of NOW.

Has the government investigated what happened to the (arms) money?

I strongly believe the President will investigate…. As I am talking to you right now, some governors under the forum have started complaining about the release of billions for arms purchase. I must assure strongly that the president would not take it light on issues of that magnitude that would affect the welfare of the citizens.

From all indications, does it mean they have stolen money meant for arms (An ci kudin Makamai, the same phrase use to attack previous government especially referred to as Dasukigate)

I can’t say so now since there is no any proper investigation as of now. The only thing I can say is that the money is (Sun Salwanta) missing. The equipment weapons are yet to be seen and the new service chiefs said sincerely that they haven’t seen the equipment which they (former service chiefs) claimed they bought. Probably some of them may be coming from America, England from everywhere. BUT AS IS IT NOW on the ground, I didn’t see them and they (Service Chiefs) didn’t see them too.

No arms fund missing under my stewardship, says Buratai

The immediate past Chief of Army Staff, Lt-Gen. Tukur Buratai (rtd), responding through his counsel, Osuagwu Ugochukwu, denied that any arms procurement funds went missing during his tenure.

He said: “My attention has been drawn to an interview granted BBC by National Security Adviser (NSA), RTD Major General Babagana Monguno, wherein he was alleged to have accused former service chiefs of filtering ARMS Fund away,” the statement reads.

“I can confirm that Lt. General Buratai and other ex-service chiefs were never mentioned in the interview and neither was any arms fund missing under the stewardship of Lt. Gen T.Y. Buratai.

“Interestingly, NSA Babagana Monguno has denied making such accusations. We, therefore, urge members of the public to discountenance any such misquoted narrative suggesting sleaze on the integrity of Rtd Lt Gen T.Y. Buratai.

“Anyone interested in knowing how arms were procured by the ex-service chiefs and particularly Lt Gen T.Y. Buratai should channel such request for information to the Ministry of Defence.”