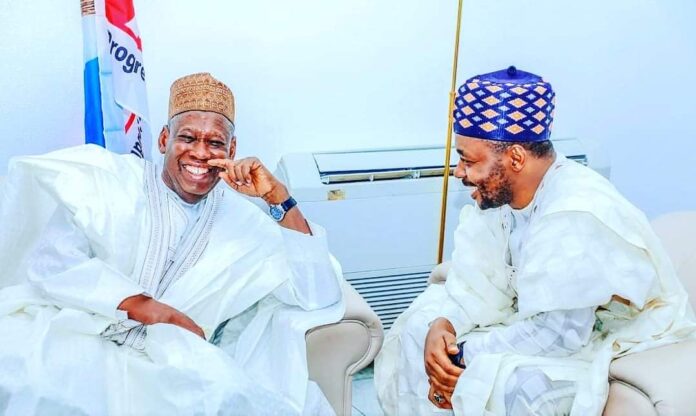 Rimingado said this over the charge of false information filed against him by the police.

Speaking to Solacebase on Tuesday, the suspended anti-graft boss said that while he was not afraid of the charge filed against him but for his safety.

He alleged that the charge was trumped up and “a clear case of persecution” as well as being a part of the plan to lock him up and terminate his life.

Rimingado wondered why the police, who according to him, had earlier found nothing against him and released his international passport, have now come up with the charge of giving false information.

The embattled anti-graft boss is expected to be arraigned before magistrate’s court 54 at Nomansland area of the state capital on Wednesday.

Kano Police image maker, DSP Abdullahi Haruna Kiyawa, who confirmed this to Solacebase, said the First Information Report filed was the outcome of the investigation conducted by the command following a petition it got from the state’s House of Assembly and the office of the state’s Accountant General.

He said the allegation against Rimingado was that of presenting false information and forgery (of a medical report) following his non-appearance before an adhoc committee of the House investigating him for rejecting an accountant posted from the office of the state’s Accountant General.

Kiyawa confirmed that Rimingado’s younger brother,  Mukhtar Magaji, who stood as a surety for him, was invited from Dawakin Tofa on Monday and was made to enter into an undertaking to produce the suspended anti-graft boss to face trial on Wednesday.

But sources in the police headquarters in Bompai confided in our reporter that investigators were unable to establish a case of forgery against the embattled anti-graft boss because it was discovered that he was not the one that made the medical report that formed the basis of the petition.

Read Also:{Goronyo Attack} Buhari to bandits: “Your days are numbered, be ready for crushing defeat”

One of the sources said the investigation, however, uncovered that Rimingado did not go to the National Hospital, Abuja, contrary to what his lawyer told the House of Assembly and that was what brought about the charge of giving false information.

Recalls that the travails of the embattled  Chairman started with his investigation of some capital projects in the state with alleged scam that include the multi billion naira Cancer Centre which are linked to the first family in the state.

In a letter with reference number PCACC/CM/OFF/VOL.1/071 dated June 10, 2021, and signed by the chairman of the commission, Muhuyi Rimingado, the commission requested the commissioner of the Ministry of Works to provide information relating to construction of Cancer Center and the supply of diesel by the state government.

“In the exercise of its powers under Section 9 and Section 15 of the Kano State Public Complaints and Anti-Corruption Commission Law 2008 (as amended), the Commission is currently conducting an investigation which requires you to provide the following details:-

“(a) All documents relating to Cancer Centre

“(b) All documents pertaining to procurement of Diesel.

“(c) Any other information that will aid the Commission’s investigation.”

Credible sources told this newspaper that bulk diesel supply in government ministries, departments and agencies is the exclusive preserve of the first family

However, it was alleged that the governor, then mounted pressure on the State Assembly to execute the plan removal of Muhuyi Magaji.

Subsequent upon a petition from the Accountant General of the State that , a chief accountant posted to the commission was rejected by the Chairman, he was later invited to appear before a committee set up by the house.

However, he forwarded a letter to the house through his lawyers on his health condition that would not allow him to honour the invitation.

The assembly later said it discovered that the health papers presented to it by the Chairman was forged. He was then suspended.

However, despite the Police investigating the issue with the author of the health papers, that is, the medical doctor accepting to have issued the document, the house recommended for his dismissal.

Over three months after the House’s recommendation, Governor Abdullahi Umar Ganduje is yet to officially act on it and Rimingado’s replacement, Barrister Mahmoud Balarabe, remains in acting capacity.

JUST IN: APGA On Course To Retain Anambra As Soludo Clears 14 LGAs