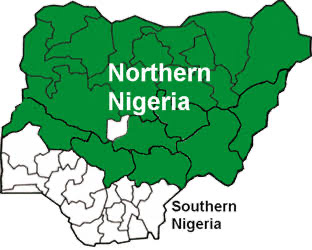 POLITICS DIGEST – I was born and brought up in the North, Zaria to be precise, just as my father and my mother. I have lived almost all the 21 years of my life in Zaria except for when I was a kid and we shuttled a bit between Zaria and Lagos. My father was an employee of Chanchangi Airlines then. But apart from that period, my life has been predominantly spent in the Zaria.

However, despite being a complete Northerner, I do have some experiences of people from the South and they have played tremendous parts in shaping my life and in aiding me to become what I am today, to some extent even more than the people from the North have.

Let me dissect that a bit;

I attended the same school from Daycare to Senior Secondary stage(with the exception of JSS 1). The name of the school is Basic Schools and the proprietor of that school is a southerner from the South Eastern part of Nigeria. His name is Mr Chikeze Nwambuko. 70-80% of the teachers that taught me in school were southerners of South Western, South Eastern and South Southern extractions. You could only find a handful of teachers from the North in my school.

I was trained by mostly southerners, apart from the home training I got from my parents, the bulk of the training I got through 16 years of schooling was from southerners even before I enrolled in Islamic schools and also got a share of training from my Islamic teachers.

Achievement, they say is a product of talent and preparation but as aptly demonstrated by Malcolm Gladwell in his book “Outliers”, even in the lives and careers of the gifted, the role “innate talent” plays in their success stories seem tremendously smaller than the role “preparation” usually plays.

In the same book, Gladwell while explaining the disparity between how poor and middle-class families train their children and how such training tend to define the children’s lives quoted a study conducted by Sociologist Annette Lareau which concluded that the middle-class parenting style is termed
“concerted cultivation.” She explained that “It’s an attempt to actively “foster and assess a child’s talents, opinions and skills.”

“Poor parents however tend to follow, by contrast, a strategy of “accomplishment of natural growth.” They see as their responsibility to care for their children but to let them grow and develop on their own.”, she further explained.

The “concerted cultivation” tend to be more advantageous in our contemporary world because as Laureau explained further, that mode of parenting style makes the children learn a sense of “entitlement” which by her description means that the children would usually act “as though they had a right to pursue their own individual preferences and to actively manage interactions in institutional settings. They appeared comfortable in those settings; they were open to sharing information and asking for attention …. It was common practice among middle-class children to shift interactions to suit their preferences”.

I got trained by my parent through the “concerted cultivation” parenting style, but my teachers consolidated on such a style and did much work in instilling in me that sense of “entitlement”. Yes! My teachers that were mostly Igbo and Yoruba. I could remember as a very small kid of not more than 6-7 years, I was mandated by Uncle T(a short form for Uncle Tunde) to address the morning assembly in a motivational manner every morning. I would shout some kind of motivational gyrations and the whole assembly ground(including students of upto Primary 5) would follow suit. I could still remember the wordings.

I am thankful to my teachers, who are mostly of southern extraction and their momentous contribution to my life and what I have become today shall never be forgotten by my humble self.

My next destination after secondary school was Nursing School in Ahmadu Bello University Teaching Hospital(ABUTH). Ahmadu Bello University is unarguably the most cosmopolitan university in Nigeria, this attribute could also be said for the university’s teaching hospital. In Nursing School too, more than 60% of the people who taught and trained me were of southern extraction, especially at the clinical areas. You could imagine what a tremendous impact Southern Nigerian people have made in my life.

All my life, my parents have never showed me that people from the south were different from people of Northern origin. They have never taught or shown us, even indirectly, how to discriminate between the two sets of people in terms of respect, relationships(be it teacher-student, business) etc. In fact, what I have witnessed is a clear demonstration of equality in many instances.

I could remember one of those instances. While my dad was running an Islamic Media Center many years back after he came back from Lagos, I usually was with him all the time. Very small I was then.
One day, we were at the center when a man came. He looked like an electrician, or a welder I can not vividly recall. He came and from their conversation, I understood that he was supposed to do a job for my dad, but he was not available and my dad was in a hurry so he contacted someone to do the job.

But the particular thing that amazed me was my dad’s next move, he brought out some notes and gave the man saying “this is the exact amount I paid for the service, you can have it too. This is the kind of training we got from our parents”. The man was so excited, he thanked him in a way I have never heard anyone thanked before and he left. He was a man of southern extraction.
This is the kind of lessons I learnt from my parents in terms of mingling with people including ones that are not from here.

All these experiences were garnered in Zaria as I have never stepped out of the North since Lagos times until I was appointed Chairman for the National Association of Nigeria Student Nurses and Midwives Independent Electoral Committee. The convention was to hold in Afikpo, Ebonyi State and I was to chair the convention. And unfortunately for me, I was to to embark on that journey to Ebonyi alone without any of my comrades from school.

I embarked on my first journey to South Eastern Nigeria alone, with the thought that I would meet some other Northern brethren there. On reaching the convention venue – a missionary nursing school that was inside a Catholic Church – which we were to spend some days, I discovered more than 90% of the participants were of Southern Extraction. The only northerners were students from Abuja and Jos(very nice people).

Even with this very skewed formation, I was not discriminated against, and my authority as Chairman of the ELCOM was protected and was not compromised in any way by my southern brothers. I was accorded full respect, in fact beyond what I would ever expect. My confidence, articulation and dexterity in execution of some tasks kept most of them that never had any experience with Northern people wondering, I could hear some of them whispering “so these Northern guys are like this”. The respect was even precipitated further when a lady among them asked if she could know me better and I collected her phone, typed my name on google and asked her to search jokingly. She was extremely amazed and went ahead to talk about me wherever she sits. It was a very wonderful experience, one that is filled with love, compassion, mutual respect and indiscrimination.

These were my experiences and they defined my perception of the people from southern Nigeria before I got involved in the serious conversation about the “National Question”, “Restructuring”, and a host of other issues around national existence. They were my experiences before I got exposed to the hate, toxicity and ethnic wars on social media, and before I dipped my head in search for the history that predates such issues.

The article I was about to write before deciding to write this article was supposed to be titled “The North and Southern Secessionist Rhetoric: Revisiting the ‘Eight Points Motion’”. You could imagine how engrossed I am in the National conversation. (I might still write it depending on the result of this experiment).

I thought that perhaps If we could all reflect on and narrate our #NaijaExperiences and make it a nationwide campaign, we could reach citizen-consensus. We could extinguish this inferno of hate. We could realign the conversation back to peaceful grounds on a citizen level. And we might be able to discuss peacefully and reach citizen-consensus on how we could continue to live together as one Nigeria, or how to achieve a system that would guarantee us the liberty of being Nigerians and at the same time identifying with our regional and ethnic roots with a certain degree of autonomy or how we could peacefully part ways.

I know it sounds simplistic but as they say, sometimes the most simple things matter the most.

This is #MyNaijaExperience, what is yours? Join me and narrate yours!

Abdulhaleem Ishaq Ringim is a Registered Nurse and Political/Public affairs analyst, he writes from Zaria and can be reached through [email protected]