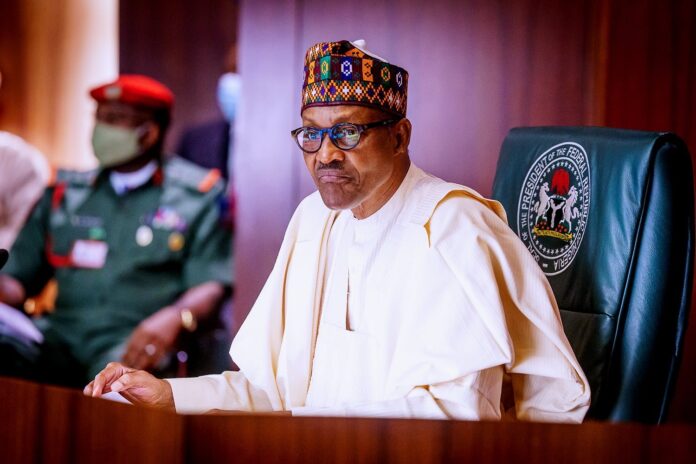 Sambo’s mission was to present a report on the election to the President.

President Buhari, obviously aware of criticism over his more than passing in the West African country, made obvious by recent policies and actions with far-reaching economic implications, took his time to explain why he cannot afford to allow Niger Republic to be without interventions from Nigeria.

According to President Buhari, his administration has shown so much interest in Niger because it has more than 1,400 kilometres of border with Nigeria, making it a necessity for Nigeria to pay serious attention to any development within the country, especially its stability.

In a statement by Femi Adesina, his Special Adviser on Media and Publicity, Buhari said: “Nigeria shares more than 1,400 kilometres of border with the Republic of Niger, and we should be concerned about the stability of that country.

“We are concerned about their stability, and I am glad the elections went well. I am happy it was transparent, as attested to by most of the observers,” President Buhari said.

Though some analysts agree with President Buhari that the stability of the neighbouring country, just like others bordering Nigeria, must be of concern to Nigerians and not just the Buhari administration, they are, however, piqued that the President seems to be missing the point.

According to analysts, Nigeria can only be genuinely interested in the stability of its neighbours if its country is stable.

According to a public affairs analyst, Omeme John, Nigeria is at the moment more of an agent of instability to some of its neighbours. This, he said, becomes evident with the activities of Boko Haram and the Islamic State of West Africa (ISWAP) incursions into Niger, Chad and Cameroon.

“We all know that Boko Haram and its splinter group, ISWAP had their origin in Nigeria but have made violent incursions into Niger, Chad and Cameroon, causing instability not just along the borders but deep into the countries. So President Buhari has his priorities misplaced by saying that his interest is the stability of Niger. Nigeria, at the moment, is the major contributor to instability along that corridor.

“The President should be more concerned about the many causes of instability in Nigeria, which includes the Boko Haram/ISWAP insurgency, banditry, farmer/herders crisis and widespread kidnappings before making happenings in another country a major policy direction.”

Aside the issue of stability and insecurity that the President gave as his reasons for deep involvement in Niger, he failed to explain his heavy economic interests in Niger.

DAILY POST recalls that during the flag off of the $1.9 billion Kano-Maradi rail line, President Buhari emphatically said that the completion of the rail line will allow citizens of Niger enjoy affordable means of transportation.

He said: “The project, when completed, would serve import and export of goods for Niger Republic and other countries in the sub-region through Nigerian ports. The country would earn revenue through expansion of trade and commerce, while the people of Niger Republic will benefit from ease of transportation logistics at affordable cost in their import and export business.”

Aside the use of Nigerian ports for export and import business, which of course will bring revenue, the rail line that traverses Kano, Kazaure, Daura, Katsina and up to the border town of Jibiya and the Niger Republic city of Maradi, as presented by the President seems to be heavily tilted in economic and social benefits for Nigeriens.

Many analysts are of the view that at a time the nation is battling with gross infrastructural deficit, it becomes unthinkable that the Buhari administration is concerned about building a rail line 25 kilometres deep into Niger Republic.

Responding to questions from DAILY POST, Abubakar Jimoh, a consultant with bias for development, picked holes in Kano-Maradi rail line, insisting that the move by the President smacks of profligacy and ‘robbing Peter to pay Paul.’

“The infrastructural deficit in Nigeria is so huge that it will take decades and several trillions of Nigeria to fix. The roads are almost not existent while the country cannot at the moment boast of a rail interconnected Nigeria. I have no issues with having Kano, Jigawa and Katsina connected by rail, but extending it to Maradi in Niger Republic does not make sense to me. And this is because we are yet to take care of what we need infrastructural wise as a nation.

“Again, we must ask ourselves what the economic benefits are for Nigeria. Talking about import and export business, how viable will that be? We must remember that Nigeriens have been importing and exporting their goods through some other ports before now, and of course, for them to now divert to Nigerian ports will be a function of cost and timeliness.

“How viable or how much economic and financial sense will it make for the people of Niger to patronise Nigerian ports by moving their goods by train from Maradi, criss-cross Nigeria from Jibiya, Daura, Katsina, Kano and all the way to the Lagos ports? At what cost will that be and for how long? Are we sure they don’t have better, cheaper and much more timely alternatives? These are questions government should have asked and not just assume that because Niger is landlocked and because you are building a rail line into the country, businesses out there will automatically patronize your ports because you are the big brother,’’ Jimoh said.

He also called on the government to focus more on providing the needed infrastructures in the country, adding that if that’s done, economic benefits will far outweigh whatever the Kano-Maradi rail line can ever offer.

“The major drawback for the economic transformation and development in Nigeria is the lack of infrastructure. No good road for the movement of people and goods, the nation is not connected with rail to ease transportation needs of businesses and the power needs of Nigerians and industries are not being met. If we can fix these three areas, Nigeria will witness a boom. The cost of generating power for business activities, especially in the manufacturing sector has led to many companies folding up, while some actually relocated to other neighbouring countries. It is that bad”, he said.

Commenting, in an article on President Buhari’s attention to Niger, a newspaper columnist, Ochereome Nnanna said it was an affront on Nigeria’s national interest.

Nnana said: “When Buhari’s government in August 2019, “closed the borders” it was the Southern borders that were actually closed. Fatuhu Mohammed, a nephew of President Buhari who represents Daura/Mai’adua/Sandamu Federal Constituency in the House of Reps alerted during a plenary session that smuggling was still freely thriving at the Daura border, 13 kilometres from Buhari’s country residence.

“It is no secret that Niger Republic nationals are regularly smuggled in to vote in Nigerian elections. It was in this dispensation that the political leaders of that country threw caution to the wind and attended Buhari’s rallies in Kano with large contingents led by governors of Maradi and Zinder provinces! If you thought these were inconsequential and harmless cultural exchanges, Buhari has proved you wrong. He has taken several concrete policy steps that showed his engagement with Niger is no longer a joke.”

Talking about concrete policy steps, it would be recalled that the Federal Government had in June 2020 announced the award of contract for the construction of 614-km gas pipeline from Ajaokuta-Kaduna-Kano with eventual termination in Morocco through Niger Republic worth $2.8bn.

Also in the same vein, the administration shocked Nigerians when it signed an MOU for the country to import petroleum products from a small refinery in Niger Republic.

The Refinery, Soraz located in Zinder province, has a daily output of 20,000 barrels. However, Nigeria has refineries with combined capacity in excess of 400, 000 barrels per day, but have remained moribund, with the government unable to revive them to serve the needs of Nigerians.

Mr Adeagbo Sunkami, in his view, said on the face value of it, there may not be anything wrong with importing refined petroleum products from neighbouring countries if Nigerians in the Northern part of the country would find the products cheaper and much more easily available.

“However, it is shameful that President Buhari, who as Petroleum minister in the 1979s supervised the building of the second Port Harcourt, the Warri and Kaduna refineries, and has been the Minister of Petroleum since 2015 under his presidency, has not been able to do anything to fix the refineries.

“There must be something Nigerians are not being told concerning the refineries and why of all places, it is Niger we are looking up to for refined products. At what time did the refinery in Niger come on stream that Nigeria cannot fix her own? What has Buhari done as oil minister since 2015 and why are Nigerians not asking questions? It is truly shameful how low things have become”, Sunkanmi said, sounding agitated.

A human rights activist and critic, Segun Progress believes what is happening with the Buhari administration, as it concerns Niger Republic is more than what people are saying. According to him, President Buhari is only using the nation’s resources to develop his ‘first country, a country he holds more allegiance to than Nigeria.

“There had been talks about President Buhari’s ancestry but in our peculiar way, we dismissed everything believing it was political. But here we are with Buhari proving doubting ‘Thomases’ wrong and showing where he truly belongs.

“Don’t be surprised to see more pro-Niger Republic policies before the expiration of the President’s tenure in 2023. And whatever pro-Niger projects that are on or will be embarked upon will be done in such a way that they are almost completed or have strong agreements that will make their termination practically impossible.

“What I, however, find intriguing is the silence of Southern leaders, who seem to have lost their voices in the ongoing anomalies. I doubt if it is because they don’t see anything wrong with what the President is doing but because they have sold out their souls, and their conscience no longer active because of the crumbs that come to them, while others are simply blinded by ambitions that may never see daylight,’’ Progress said.