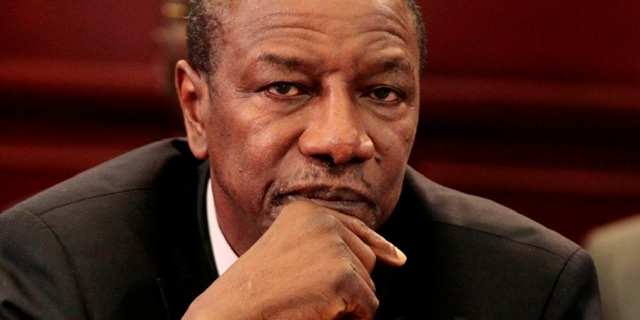 POLITICS DIGEST- The Nigerian government has condemned the coup d’etat that took place in the Republic of Guniea earlier today.

In a statement signed by the spokesperson, Ministry of Foreign Affairs Esther Sunsuwa (Mrs) on Sunday said “The Nigerian Government is saddened by the apparent coup d’état that has taken place in the Republic of Guinea today, in clear violation of the ECOWAS Protocol on Democracy and Good Governance.

“The Government of Nigeria strongly condemns and rejects any unconstitutional change of government and therefore calls on those behind this coup to restore constitutional order without delay and protect all lives and property.”

It was earlier reported that Guinean President Alpha Condé was seen in an unverified video being held by soldiers hours after heavy gunfire was reported near the presidential palace in the capital, Conakry.

Asked in the video to confirm he was unharmed by the soldiers, President Condé refused to respond.

Another video also showed a soldier, flanked by two others, saying the country’s borders had been closed, the constitution suspended, and President Conde detained.

The president’s whereabouts could not be ascertained up till this moment.