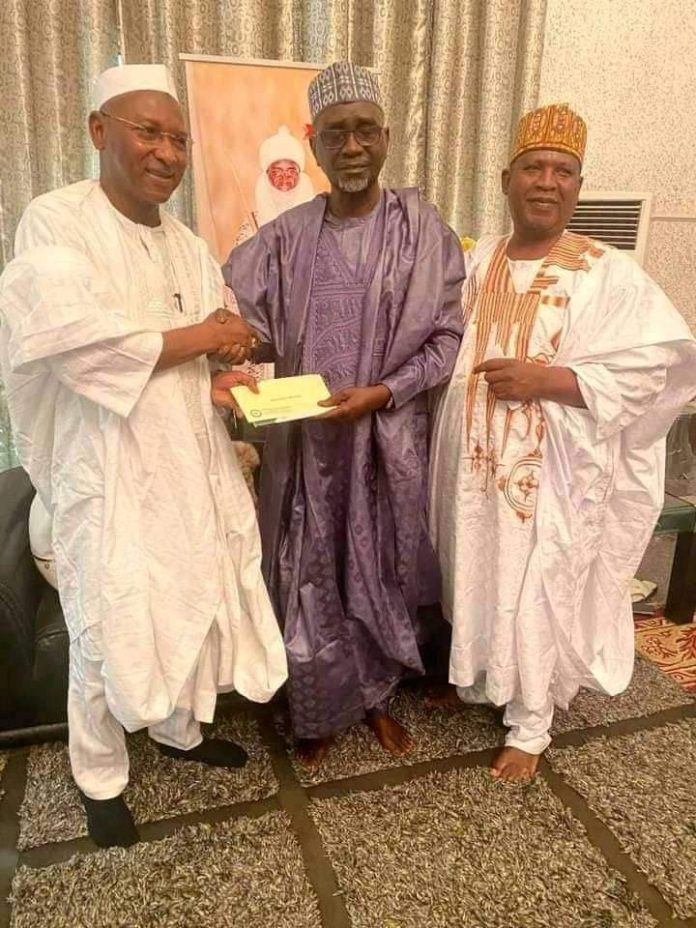 POLITICS DIGEST- The Senator representing Kano Central, Senator Ibrahim Shekarau, has appointed the immediate Deputy Governor of the state, Professor Hafizu Abubakar, and the former Speaker of the State House of Assembly Rt Hon. Gambo Sallau, as members of his Shura Advisory Council.

The council is the highest decision making body of the two-term former Governor of Kano state, consisting of seasoned technocrats, politicians and people of different backgrounds.

Abubakar was the Deputy in the first tenure of the incumbent Governor Abdullahi Ganduje, before he voluntarily resigned in 2018, ahead of 2019 general elections.

On the other hand, before becaming Speaker in Kano, Sallau had been the Minority Leader in the state Assembly throughout Shekarau’as eight years as Governor.

But, the duo had on Sunday been presented with letters of appointment after politically aligning with the Senator.

Speaking shortly after collecting his appointment letter, Professor Abubakar said he has not joined the former Governor’s camp to contest for any political position, but because of his firm belief in the style of Shekarau.

He promised to give all the desired support for his success.

On his part, Sallau said Shekarau carried him along as Minority Leader during his tenure, even though he was with the opposition Peoples Democratic Party (PDP)

“He had always carried me along as Minority Leader of Kano Assembly without any discrimination; this has been in my mind since then. Therefore, I promised never to leave this movement,” Sallau added.

The meeting, which held at the Senators residence in Kano was organised to among other things examine the current political situation of the state.