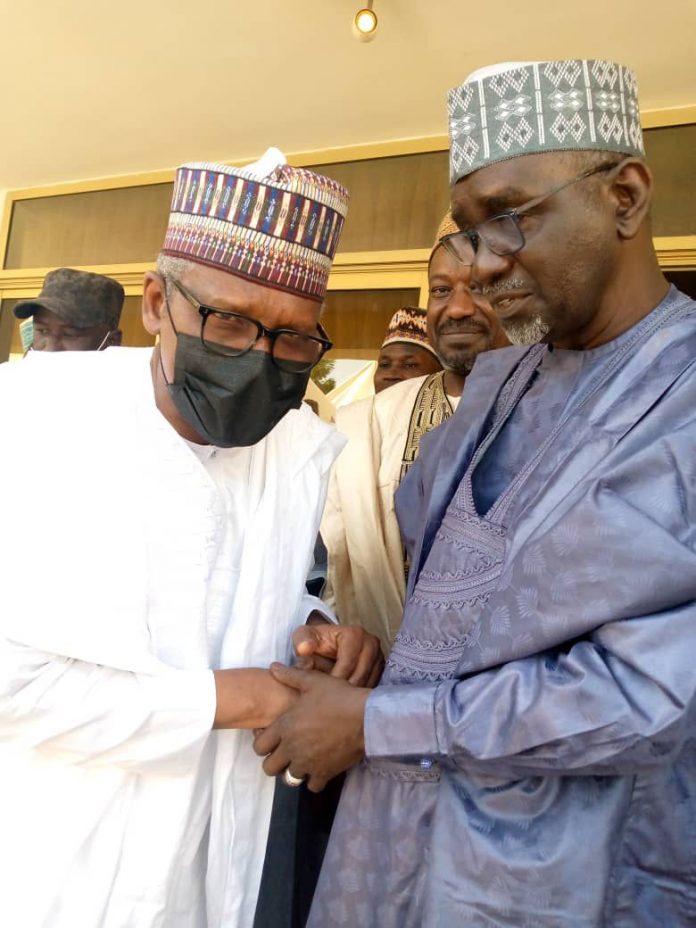 POLITICS DIGEST- The Senator representing Kano Central and Chairman, Senate Committee on Establishment and Public Service, Senator Ibrahim Shekarau, has on Sunday led an entourage to pay their condolence visit to the families of late Alhaji Sani Gote.

Late Gote, who was the Vice President of Dangote Group, died last week in United States and was buried in Kano according to the Islamic rites.

The Senator was in Koki earlier, where he condoled with elders statesman and an uncle to the deceased, Alhaji Aminu Alhassan Dantata, where he prayed for the repose of the departed soul.

There also, he prayed for Jannatul Firdausi to him.